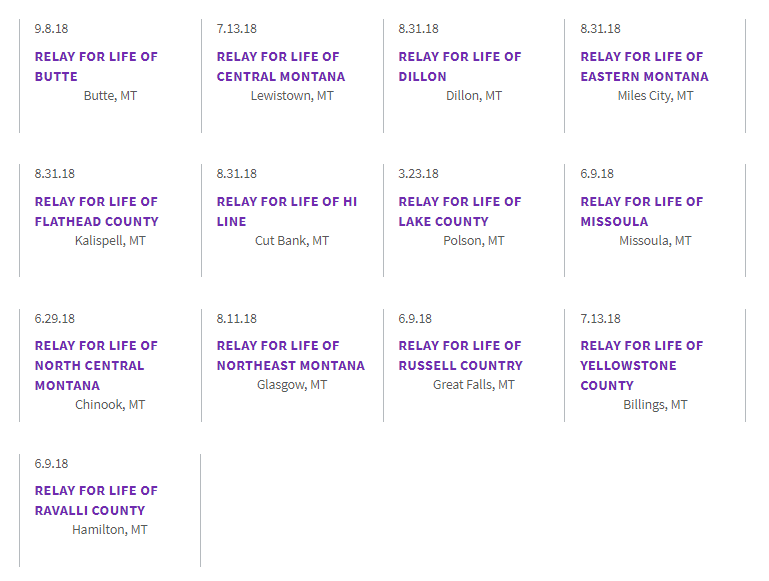 Relay For Life is the signature fundraiser for the American Cancer Society. Relay is staffed and coordinated by volunteers in thousands of communities and 27 countries. Volunteers give of their time and effort because they believe it’s time to take action against cancer.

Relay is a team fundraising event where team members take turns walking around a track or designated path. Each event is 6-24 hours in length and each team is asked to have a member on the track at all times to signify that cancer never sleeps. Cancer patients don’t stop because they’re tired, and for one night, neither do we.

Each team sets up a themed campsite at the event and continues their fundraising efforts by collecting donations for food, goods, games, and activities. This money will count towards their overall team fundraising goal. 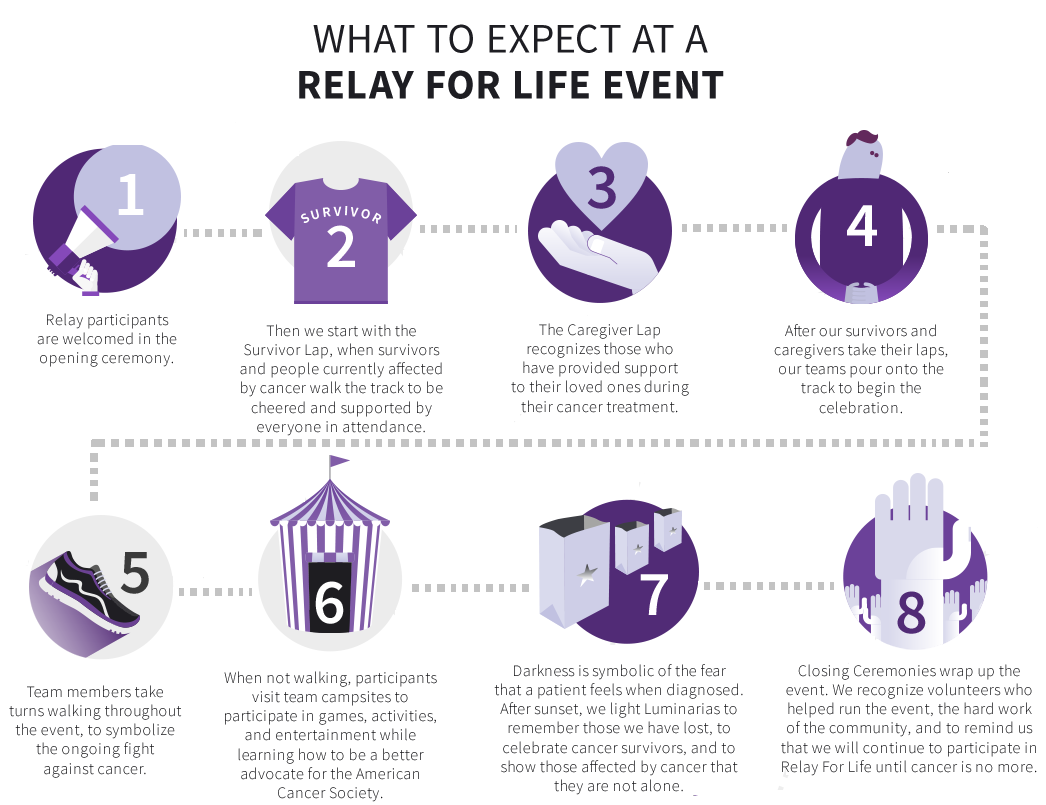 Montana Cancer Statistics- The Montana Central Tumor Registry (MCTR) received 33,189 reports of incident cancer cases between 2010 and 2014(MT-DPHHS, 2017). Each year between 2010-2014 there were 5,652 Montanans diagnosed with cancer; in Montana cancer was the leading cause of death (with a total of 10,049 deaths from 2010-2014). The most common cancer-related deaths in Montana are lung cancer, colorectal, female breast, pancreatic, and prostate. It is estimated that 50% of men and 33% of women in Montana will be diagnosed with cancer in their life time.  Compared to the United States, Montana’s incidence rates of lung, kidney, and prostate cancers were significantly lower, while the incidence rates were significantly higher of bladder, leukemia, and melanoma cancers (MT-DPHHS, 2017).
Click here to learn more about cancer in Montana.