“Today, more than ever, there is a need to provide opportunities for children to walk and bicycle to school safely.  Many rural communities like Shelby struggle with inadequate sidewalks and walkways; traffic congestion around schools; and for Shelby, a railway that dissects the community. The mission of the City of Shelby was to first, provide safe pathways within the community. The City sought funding to establish a walking/biking path within the community.  Through Community Transportation Enhancement Program funding, the City was able to complete a portion along the route near the school campus.  The City also received Safe Routes to School infrastructure funding to complete sidewalks along the arterial streets leading to the campus. 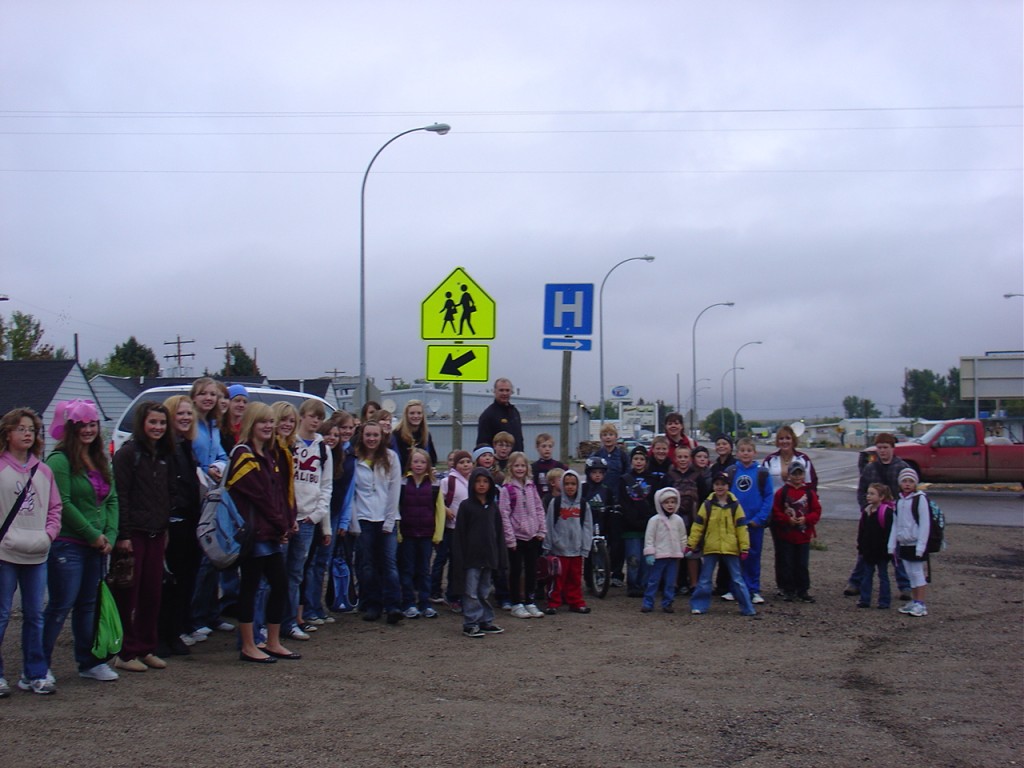 The City of Shelby created a partnership with School District #14, Toole County Sheriff’s Office and Marias Medical Center to establish the Shelby/School District #14 Safe Routes to School Program.   Through this partnership a walking program was established.  Shelby offers Walk n’ Wheel Wednesdays and Fit Fridays for students walking and biking to school.  Adults from within the community lead walking school buses giving students the opportunity for physical activity while giving parents an assurance of adult supervision.
At the same time, school officials created an indoor walking program.  As part of their school day, students walk/run in the gym prior to lunch.  The mileage is tracked with the students virtually walking around the perimeter of the United States.  The children are awarded prizes as they meet mileage goals. Most importantly, teachers and staff have noticed a marked increase in positive behavior in the lunch room; meals are less wasted; and students seem to be responding positively with classroom attentiveness and behavior. The Safe Routes to School Program has also targeted enforcement in a unique way.  As part of awareness for drivers, the Task Force has partnered with the Toole County Sheriff’s Office and Main Street Convenience Store to offer a free cup of coffee.  Toole County Sheriff’s Officers are “armed” with coffee cards compliments of a local retailer.  When they see a driver doing something “right” they might stop them and give them a card for a free cup of coffee.  Maybe a driver stopped for kids in a crosswalk; they paid special attention to kids biking along the streets leading to the school campus; they were cautious in school zones;  they made a special effort to be an aware and attentive drive…making it safer for our kids to walk and bike to school. 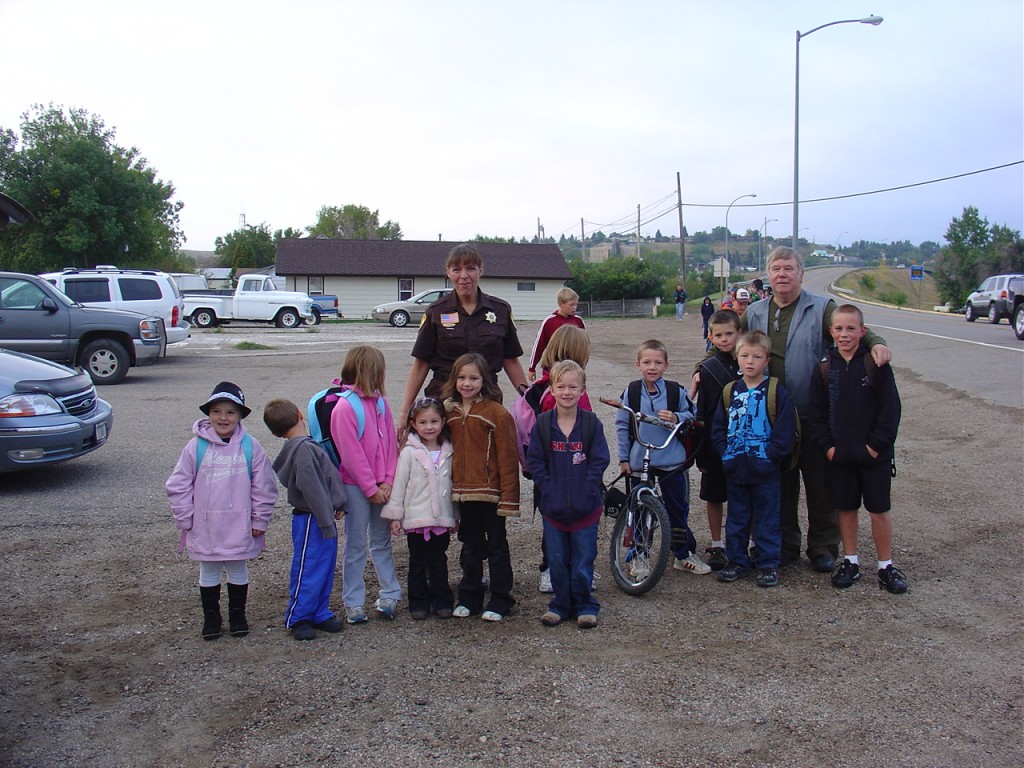 With the Safe Routes to School Program and infrastructure improvements made the city is moving forward in its mission and goal to make Shelby safer and healthier for all, now and for generations to come.”